Readers’ Favorite announces the review of the book Fiction – Literary “All the Moonlight on Earth” by Jesse Muehlbauer, currently available at http://www.amazon.com/gp/product/B09RM4DP2H.

Readers’ Favorite is one of the largest book review and awards contest sites on the Internet. They have earned the respect of renowned publishers such as Random House, Simon & Schuster, and Harper Collins, and have received ‘Best Websites for Authors’ and ‘Honoring Excellence’ awards from the Independent Authors Association. They are also fully accredited by the BBB (A+ rating), which is a rarity among book review and book award competition companies. 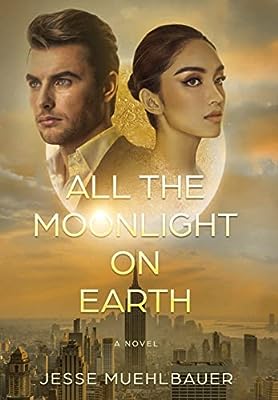 “All the Moonlight on Earth by Jesse Muehlbauer is a suspenseful thriller that explores the concept of a portal (called the Alignment) that allows humans to move rapidly between Earth and its moon. Set in the 1950s, In the era of Sputnik and the race for the moon, the main character, Gillen, finds himself still reeling from the loss of his wife, Cate, and dealing with a missing girl. the team to have built the two Hexagon buildings that tie into the Alignment, Gillen takes her daughter through the Alignment to the moon.As fate would have it, nefarious entities conspire to take advantage of the moment when his daughter became aware of the Alignment and the timing of the big reveal of the Alignment and the Hexes to the public Gillen’s daughter disappears and what he discovers about his entire life on earth is called into question, altering his perception of himself and the people he trusts.

“Jesse Muehlbauer’s All the Moonlight on Earth is a powerfully written thriller with a delightfully unexpected plot. Fast-paced, yet emotionally aware, this story presents the possibility of parallel existences, space travel, and attempts to rewrite the people’s lives. I really enjoyed the plot surprises. The author does a wonderful job of dropping clues and revealing important nuggets of information that help the reader understand the big picture at the as the plot unfolds. The story concept is compelling and the writing style is clear, concise and elevated. Endearing characters and an engaging story make this book an enjoyable read.

You can read more about Jesse Muehlbauer and “All the Moonlight on Earth” at https://readersfavorite.com/book-review/all-the-moonlight-on-earth where you can read reviews and the biography of the author, as well as connect with the author directly or through their website and social media pages.