*Pittsburgh Author Spotlight*
Go away by Zoje Stage
Released August 17 via Mulholland
Thriller, 384 pages
Pittsburgh’s Zoje Stage, whose first novel Deciduous teeth was an international bestseller, returns with a new horror-tinged thriller. Since their teenage years, sisters Imogen and Beck have been best friends with Tilda, but the women have grown apart over the past two decades. After Imogen survives a traumatic attack, the three decide to take a reunion hike in the Grand Canyon where tensions from the past resurface.

Everything is fine by Mona Awad

Released August 3 via Simon & Schuster
Horror, 384 pages
In this dark and humorous novel by the author of Rabbit, Chronic pain drama teacher Miranda Fitch is directing a troubled production of Shakespeare’s ‘All’s Well That Ends Well’. Then she meets three strangers who know her past a little too well.

Told from the perspective of a child from birth, readers experience the story of three generations of an Indian Muslim family…a story filled with a family and a country struggling with acceptance, forgiveness and lasting love.

Something new under the sun by Alexandra Kleeman

From the award-winning author of You too can have a body like mine comes this timely story where a novelist in a dark and unsettling near Hollywood tries to mend his troubled marriage.

Another return from an award-winning author (The beekeeper of Aleppo), in this novel based on the real-life disappearance of domestic workers in Cyprus, a woman’s employer and boyfriend are forced to work together and investigate her disappearance. 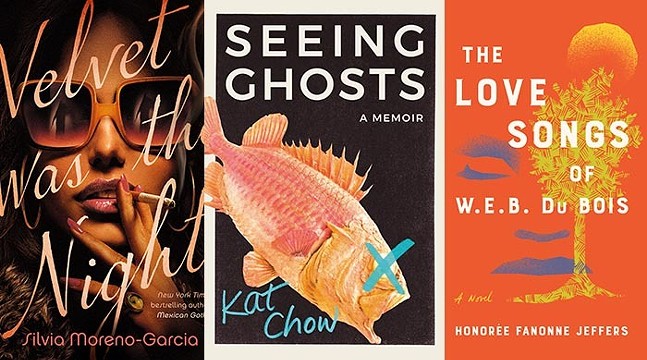 A lesson in revenge by Victoria Lee

Get ready for a spooky season with this dark and twisty thriller about a boarding school haunted by its history of witchcraft.

Once upon a time there were wolves by Charlotte McConaghy

In this thrilling novel by the national best-selling author Migrants, Inti Flynn arrives in Scotland with her twin sister to reintroduce gray wolves to the wild Scottish Highlands. Then a farmer appears dead, and Inti is sure it wasn’t one of the wolves.

The best poems from three of Melissa Broder’s out-of-print poetry books — When you say one thing but think of your mother, your heart of meat and your scarecrow — and his fourth collection, last sext, come together in this poetic anthology.

Those Who Don’t Say They Love You: Stories by Maurice Carlos Ruffin

The velvet was the night by Silvia Moreno-Garcia

Released August 17 via Del Rey
Historical fiction/Suspense, 304 pages
New York Times bestselling author of the 2020s mexican gothic is back with another dark mystery. This time around, we’re in 1970s Mexico City and two unlikely characters find themselves searching for a missing woman under shady circumstances.

Ever since her brother passed away just hours after she was born, Kat Chow has been obsessed with death. Most of the time, this takes the form of worrying about the death of one’s parents. So when her mother dies suddenly of cancer, Kat’s grieving process involves unraveling her family history, spanning three generations, from China and Hong Kong to America and Cuba.

Ailey Pearl understood what WEB Du Bois called “double consciousness,” a sensibility that every black American must possess to survive, since childhood. She’s been forced to fight to belong in the small Georgian town of Chicasetta for as long as she can remember, and a long-term plot has made it all the more difficult. Pearl begins a journey through her family’s past—Chicasetta is where her mother’s family has lived since their ancestors were brought from Africa—uncovering their lineage dating back to slavery and discovering themselves in the process.

A slow fire by Paula Hawkins

From New York Times bestselling author of The girl on the train comes another thrilling mystery. This time around, when a young man is found murdered in a London barge, the three women with separate ties to him are investigated. And everyone is overflowing with resentment.